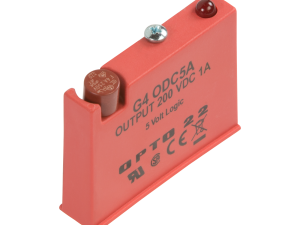 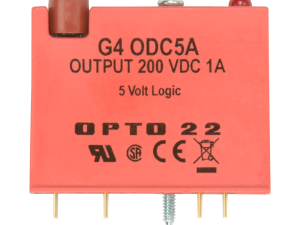 The G4ODC5A is a digital DC output module with an output voltage range of 5-200 VDC, requiring a typical logic voltage of 5 VDC. It is compatible with Opto 22 brains and with a Raspberry Pi.

The module includes a built-in LED status indicator and a removable fuse.

G4 DC output modules are used to control or switch DC loads. Each module provides up to 4000 volts of optical isolation (transient) between field devices and control logic.

Compatible with Raspberry Pi. The G4ODC5A can be used with the Digital I/O Carrier Board for Raspberry Pi® (part number OPTO-P1-40P) to monitor and control industrial devices with your Raspberry Pi.

If you need a Factory Mutual approved version of this module, see the G4ODC5AFM.

* Compatible with Raspberry Pi.
** Part numbers ending in FM are Factory Mutual approved.
*** Not for use with Opto 22 brains. 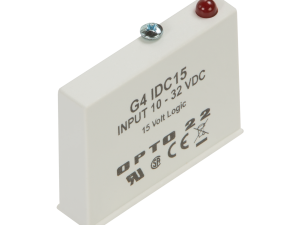 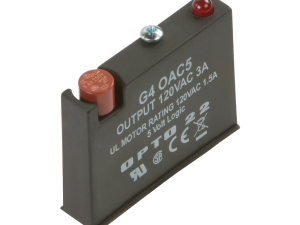 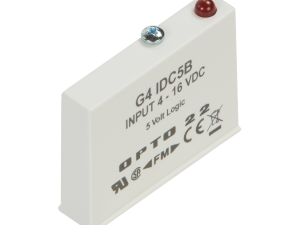 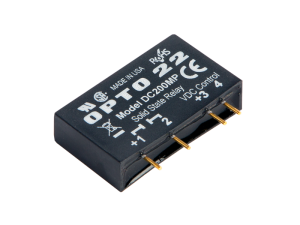 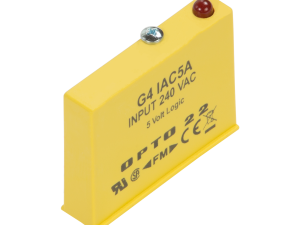 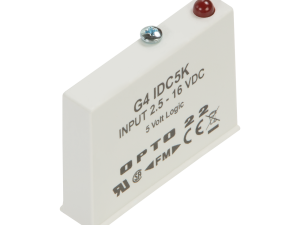 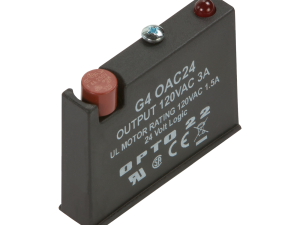 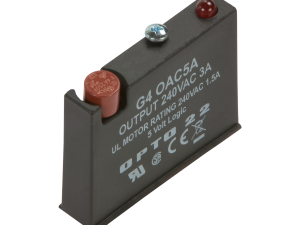